The Evolution and Mechanisation of Tillage 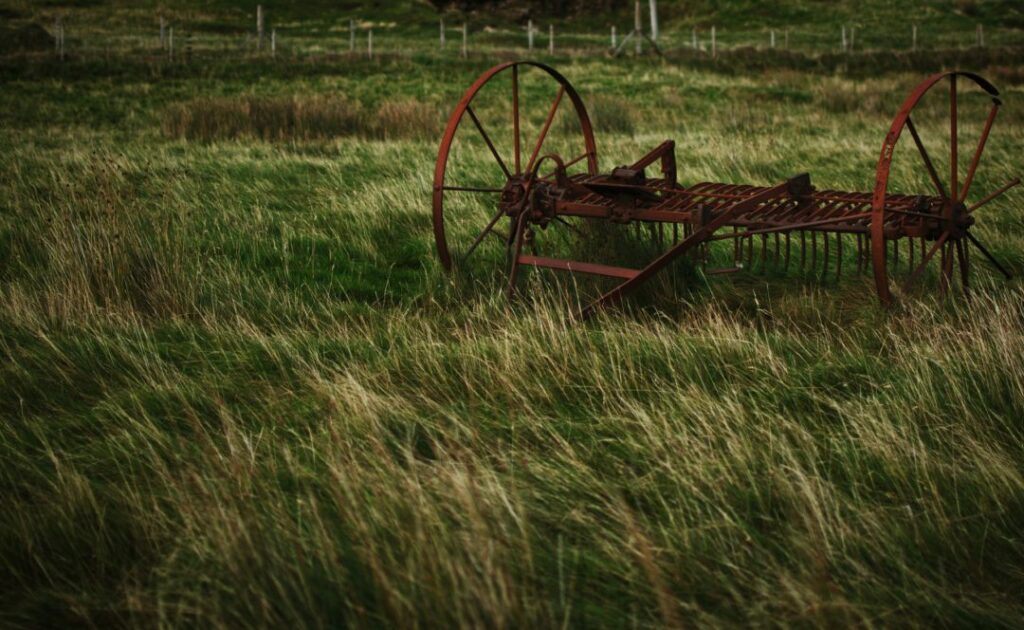 Tillage is a popular and age-old agricultural term purely because it is essential.

Ask any farmer you know, anywhere in the world, the secret to a good crop! Apart from the obvious good soil and quality seed, act of tilling is a vital component of any crop farming activity.

To ‘till soil’ simply means turning the soil over in its bed to prepare it for seeds. It is similar to ploughing, but not as deep or aggressive.

Though tilling is centuries old, the ways in which we till today differ to what they did then. Naturally, machinery and technology have played their roles. But it’s interesting to know how it all began and how it grew with civilization.

The Way Tilling Was Done In Earlier Times

In ancient times, tilling was done with hand-held tools like a hoe, rake or shovel. Even earlier accounts of a type of tilling were done by the Egyptians with a stick.

European scientists were the first ones to delve deep into the subject of what creates good crop. Nutrients, carbon, oxygen, water and of course, a solid soil quality. It was then when the benefits of tilling were discovered along with the disadvantages of over tilling.

In the mid-1800’s, there was an agricultural wave in the developed world. Mechanization entered the industry and large commercial production of food was possible. This led to over-usage of land and events such as the Dust Bowl in the US with aggressive exploitation of land.

Post this phase, agricultural practices, overall transformed and the concept of conservation tilling was implemented.

How Tilling Technology Developed in Australia

It was in the 1960’s that theories about the dangers of tilling had travelled to Australia. A no-till cropping policy was introduced into the global market to maintain the natural nutrients of the soil in an attempt to boost yield.

Some farmer adopted this while others stuck to conventional cultivation methods as had been used in Australia for 150 years prior to the 1960’s.

Soon, it was discovered by some Australian farmers who were utilizing the no-till policy that their yields were not necessarily higher. This is was due to subsoil compaction, diseases and weeds which were damaging the soil and crop quality.

It was David Malinda, a scientist from the South Australian Institute of Research & Development, who conducted tilling experiments in South Australia, Western Australia and Victoria. He concluded that the no-till practice, did not, in fact, result in higher yields compared to conventional cultivation, especially in compacted subsoil situations.

The Grains Research and Development Corporation in Australia funded a project that invented an indigenous tillage process. It progressively reduced compaction in steps each year, in soil until the compaction was completely removed.

In modern times, we find tillage rotation to be a technique that works well with the latest tillage technology in the market.

Mechanization has helped to boost farm production in most countries in the world especially those with large farms exceeding 200 acres. We have the options to utilize tilling machinery that is harmonious with the land and does not damage the soil or strip it off its natural resources.

Farming attributes such as residue management, moisture retention and weed control towards the perfect seedbed can be achieved with modern tillage systems and machines.

Modern tilling machines are able to:

The agricultural sector in Europe is an important one on the global scale. As industry changes towards better techniques and methods, the tilling industry is also facing refinement.

Modern tilling systems are the step in the right direction to fulfill any farm tilling needs in Germany, Italy, France, Romania and the UK.

Try the strong and effective diamond shaped Kelly Tillage System with a variety of ground engaging discs and spiked chains for year-round tilling.