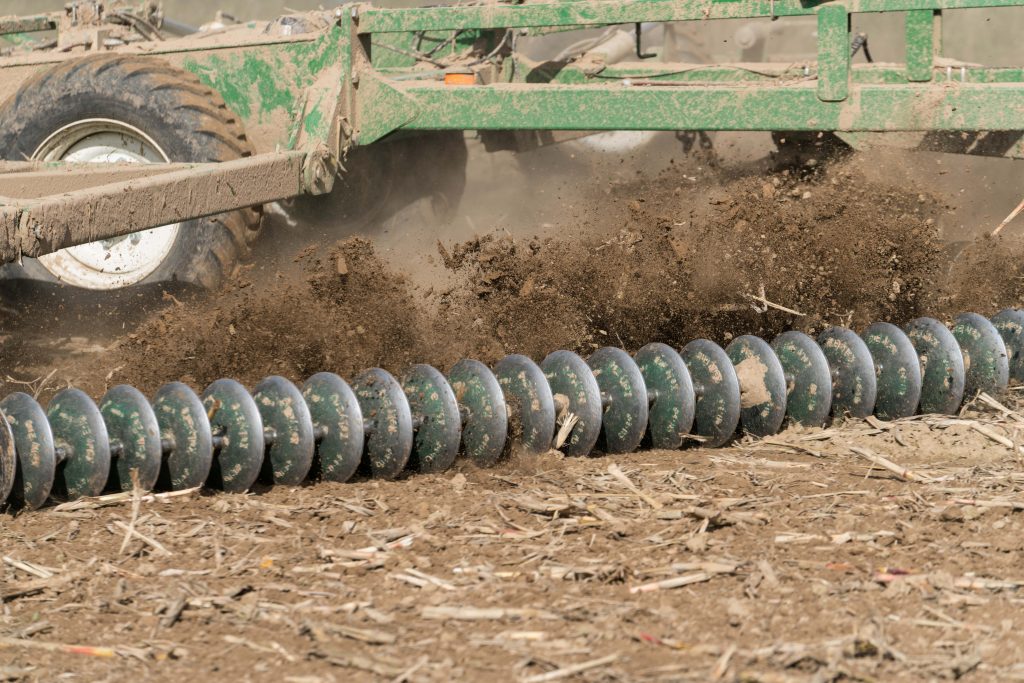 A TILLAGE system from Down Under is set to slash the cost and boost the productivity of cover crop planting.

The system, developed by Kelly Engineering in South Australia, combines a diamond-shaped tiller with an air seeder to allow the entire sowing process to be completed in one pass.

The patented Diamond Harrow tillage machine fitted with a Cover Crop Seeder begun testing in the United States last month and is expected to be commercially available next year.

The launch comes at a time when the planting of cover crops in the United States is on the rise again as farmers look to increase crop yields while reducing their reliance on pesticides and nitrogen fertilisers.

He said the addition of the Cover Crop Seeder to the Diamond Harrow successfully achieved this.

“There are government incentives for farmers in the United States to get involved with a cover crop program for environmental benefits, whether it be nutrient recycling, erosion control, soil improvements or water runoff,” Kelly said.

“In the United States, as here in Australia, there is recognition that maintaining live plants year round helps soil health and productivity.

“Farming on a global basis should be sustainable and we know that soil degradation, weeds and water-use efficiency are things affecting agriculture – we know that the tillage tools we provide can help address all of those issues.”

The Diamond Harrow uses four chains lined up in a diamond formation to allow the machine to prepare the seedbed in rough fields. The Cover Crop Seeder is integrated into the machine, which is towed by tractor.

Each chain is fitted with a crop-specific row of metal discs that rotate and penetrate the soil. The design also allows the machine to work the soil, attack crop residue and manage weeds.

The machines initiate better microbial action in the soil by decomposing residue in the top layer.

This allows it to access more sunlight, which dries the soil and helps kill weeds.

The North Central Sustainable Agriculture Research and Education (SARE) program and the Conservation Technology Information Center (CTIC) in the United States estimate there was an almost 40 per cent increase in the number of farmers planting cover crops from 2012 to 2013.

According to the United States Census of Agriculture more than 130,000 farms used cover crops on 10.3 million acres in 2013, following an almost 40 per cent

SARE has set a target of 20 million acres of cover crops in the United States by 2020.

Some of the most common types of cover crops in the United States include rye, wheat, barley, field pea, canola and mustard.

Previously, cover crops were viewed by some farmers as being too expensive because of the requirement to maintain fields and machines year-round.

Kelly said the new Diamond Harrow would not only save time, its precision seeding would lead to more accurate germination and deliver higher crop yields in all types of weather.

He said the machines also helped farmers save on additional maintenance costs.

“One customer related that he spends $15,000 a year rebuilding his no till planter. He spends $7000 annually as a direct result of cover crops,” Kelly said.

“Wear costs on the Kelly Diamond Harrow are in the order of 30 cents per acre and the machine will go for many years without spending anything significant.

More than two-thirds of Kelly Engineering’s business is in the United States, where it has generated more than AU$50m in sales.

The family-owned South Australian business also exports to Canada, Germany and the United Kingdom and is gearing up to grow its business in Africa.